Here are some RimWorld Hunting tips that I’ve found to make hunting more effective and efficient:

Since I wrote this article in 2017, the game has received an update that added Wildlife tab at the bottom.

You can now eaily select which animals you want to hunt in a list once you open the tab. 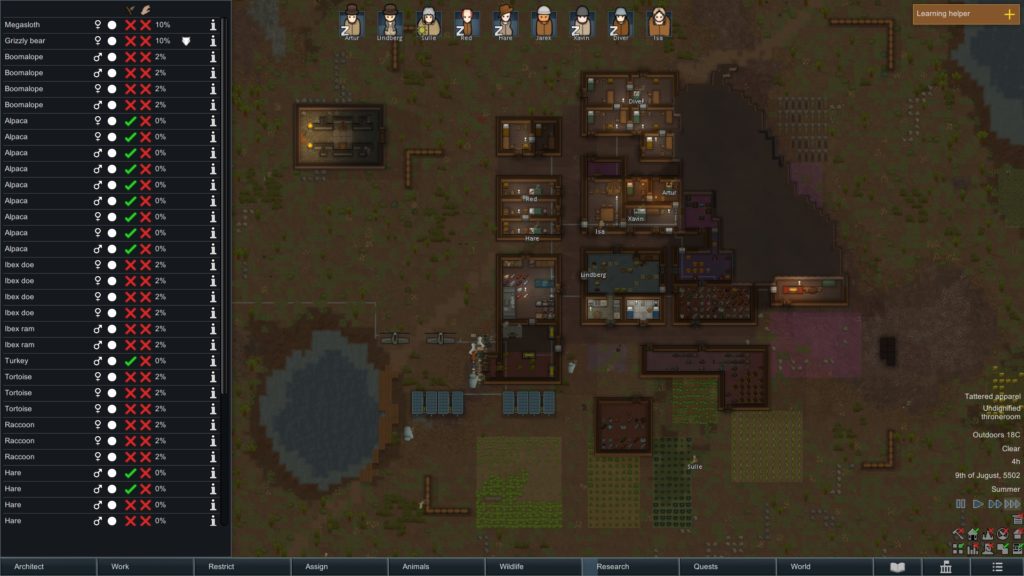 However, this only addresses the finding part of the problem. You can still refer to my tips on how to hunt stronger animals more efficiently and safely: 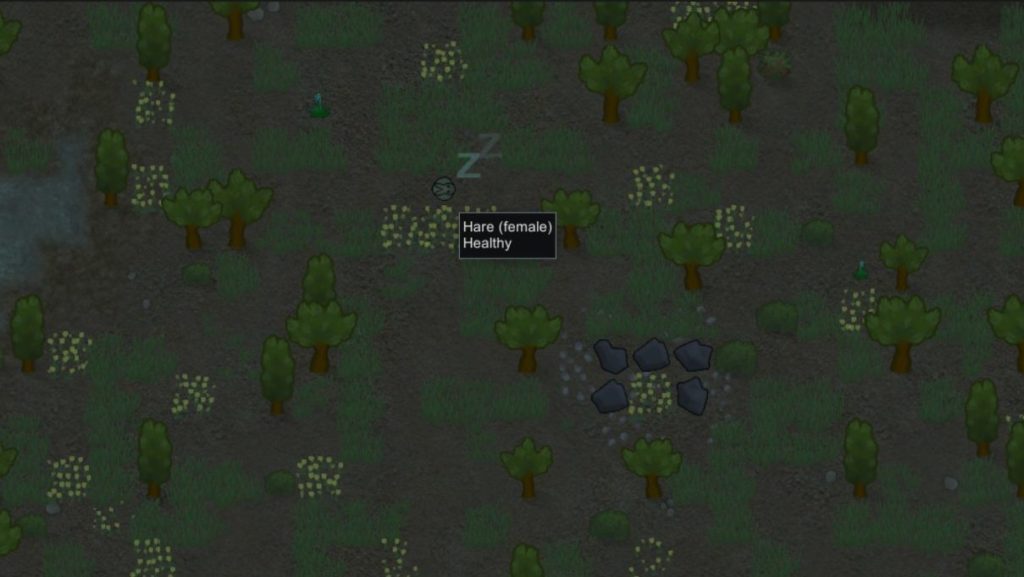 During daytime, you can easily find animals by zooming out the map a little and scroll to an empty area. Then let the game run and observe a few seconds for any movements of animals. This is faster than scrolling around mindlessly.

During the night, you can also scroll to an empty area and let the game run. Look out for “zzz” signs where animals are sleeping. It is very fast to find animals this way. 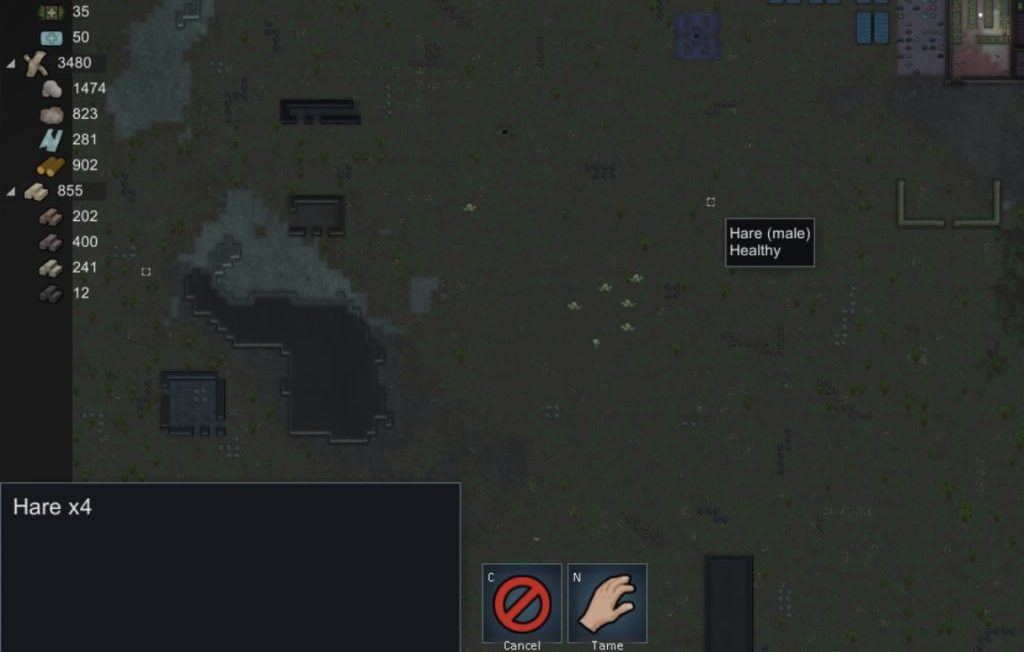 Once you have found one animal, you can zoom out to the maximum to see larger area. Then double click on the animal to select all animals of the kind in that area. This allows efficient marking of animals for hunting.

If you already know that the area contains animals, you can just click-and-drag on the screen to select all of them. However, this would not work very well when you are searching for animals on the map in winter. Also, you will have a chance of selecting animals that will explode, which might cause troubles.

Normally you can only assign one hunter for one animal. Sometimes the animal is too strong and the hunter is too weak to finish the job on his/her own. To avoid getting hurt, there is a trick to hunt one animals with multiple hunters. 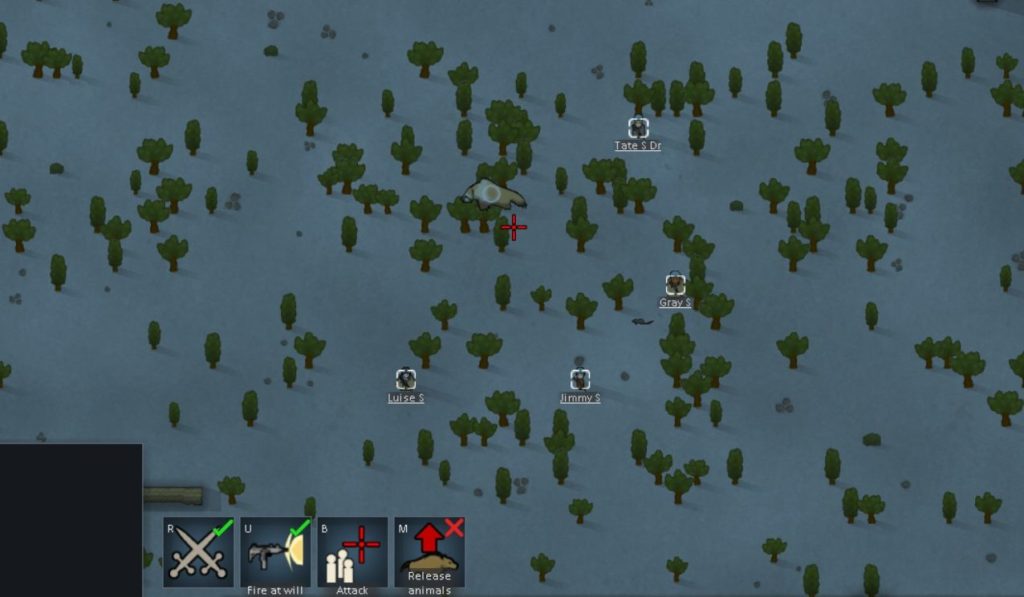 Simply draft your hunters first by pressing R, station them around the animal in half circle (to avoid friendly fires) but not too far. When ready, manually order your drafted hunters to attack the animal together. After the animal has been incapacitated, mark them as being hunted. Chances are they are already dead, so just make sure you pick up the corpse.

This trick also works for dangerous animals and mad animals such as Cobras, Wargs and Cougars, which can cause troubles or even kill your colonists if not handled properly. Even the most dangerous Thrumbo can be hunted easily with this technique. 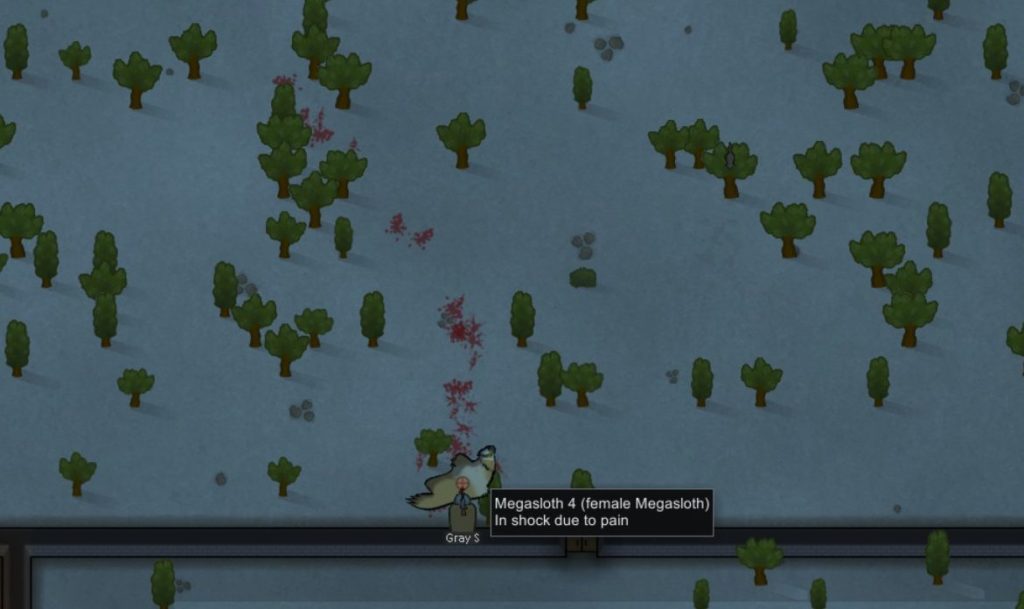 If you want to hunt a dangerous animal, it is better to hunt them at night when they are sleeping (by prioritizing hunter manually). You will have more time to shoot before the animal reacts. If you are lucky enough to have a sniper weapon, you can pretty much guarantee a safe hunt.

Sniper weapons are only good for animals that are stationary at night. During daytime, you need weapons that take minimal amount of time to aim, so that animals don’t run away while you are aiming.

In RimWorld, the aiming time is measured as Warmup. So you need a weapon with low warmup to minimize the aiming time. Besides warmup, high burst shot counts and accuracy (long) also work well in hunting to raise the chance of hunting the animal at long distance. My favorite weapons for general purpose hunting is assault rifle (low warmup, high accuracy at long range). LMG has decent warmup and burst shot count, but the accuracy at long range is too low. 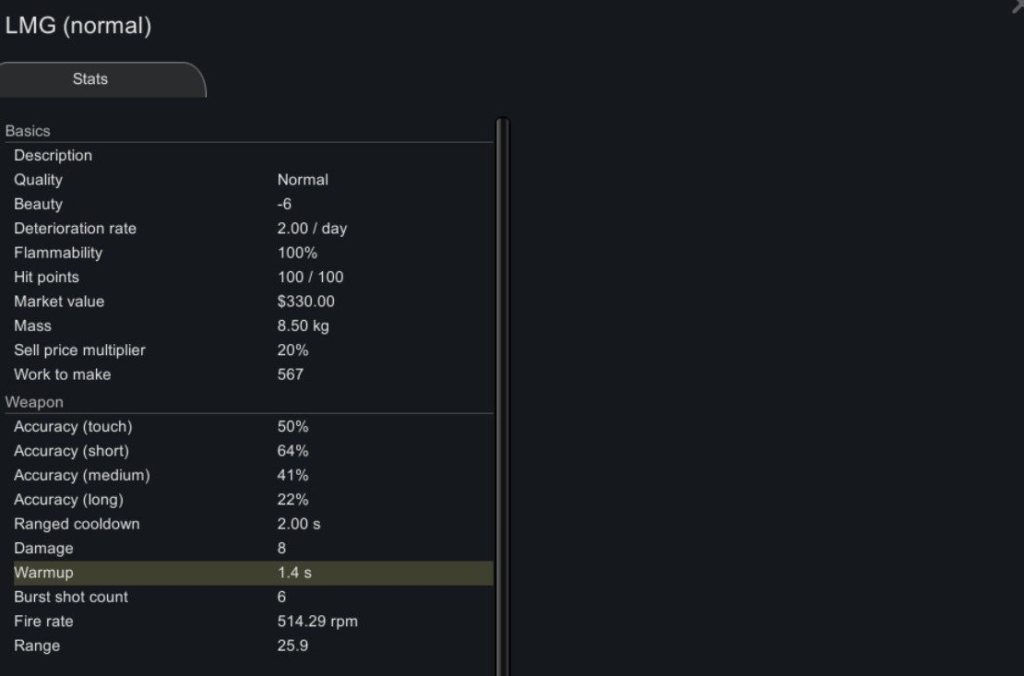 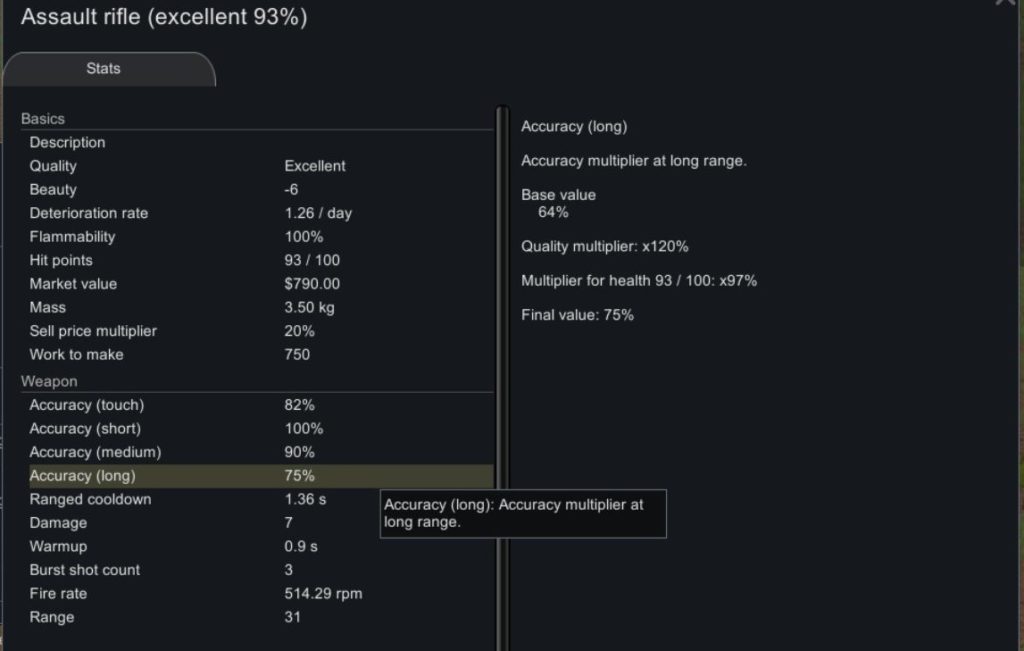 That’s all tips that I have found so far. I will keep updating them as the game updates and I play more. If you have any other RimWorld hunting tips, please let me know.