Solo levelling in New World can be extremely difficult. Some areas have an extremely high density of mobs, some with ability to dodge your attacks and deal massive amount of damage. This is especially true for solo healers.

I myself have reached level 60 as a solo healer recently and here are my top tips for levelling solo:

Use terrain as an escape mechanism when solo levelling

We have all been there, being surround by mobs and killed off in a few seconds.

However, there is actually an easy way to get off a tough fight in the game. That is to use terrain as an escape mechanism.

Look around you for rocks, hills, roofs and wells and climb onto them. As long as the mobs do not have direct path to it without jumping, they will not follow you and retreat back.

Here is an example of jumping onto a hill near a corruption mine: And this is an example of using rocks near an Angry Earth site: Finally, we can also use well, as well (no pun intended): 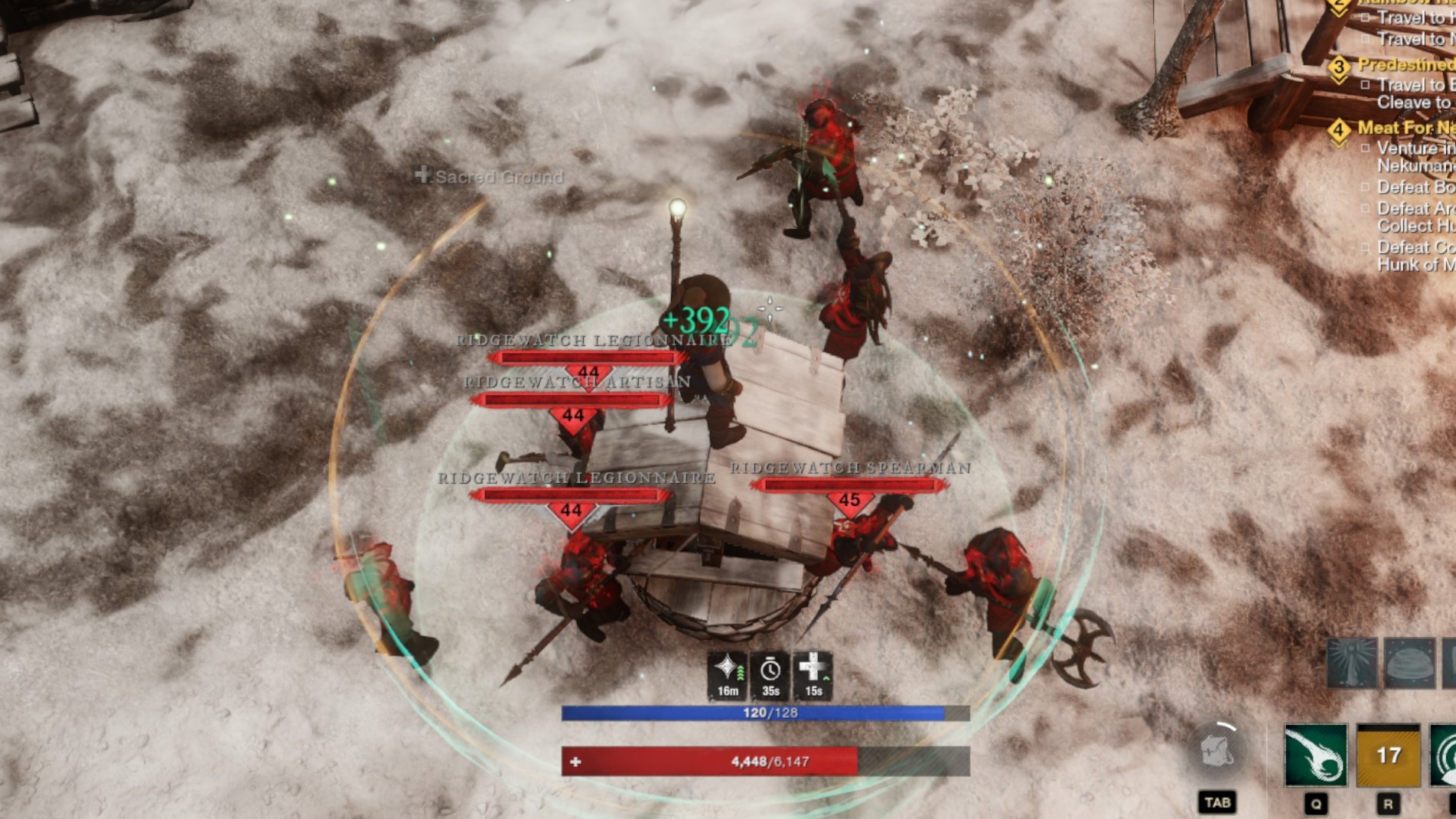 Do note that this only works for melee mobs. You will still have deal with ranged mobs. However that’s pretty manageable since there are fewer of them and they are usually quite squishy.

Some of the quests will require us to get some items or search some chests, which can be annoying as this usually means you need to kill off the mobs around the chest before you can safely search them.

However, there is actually a stealth mechanism in the game where you can avoid getting noticed by the mobs if you “stealth” correctly.

A few stealth acts can help you go undetected by the mobs:

Here is an example of me sneaking and opening a chest beside a mob: 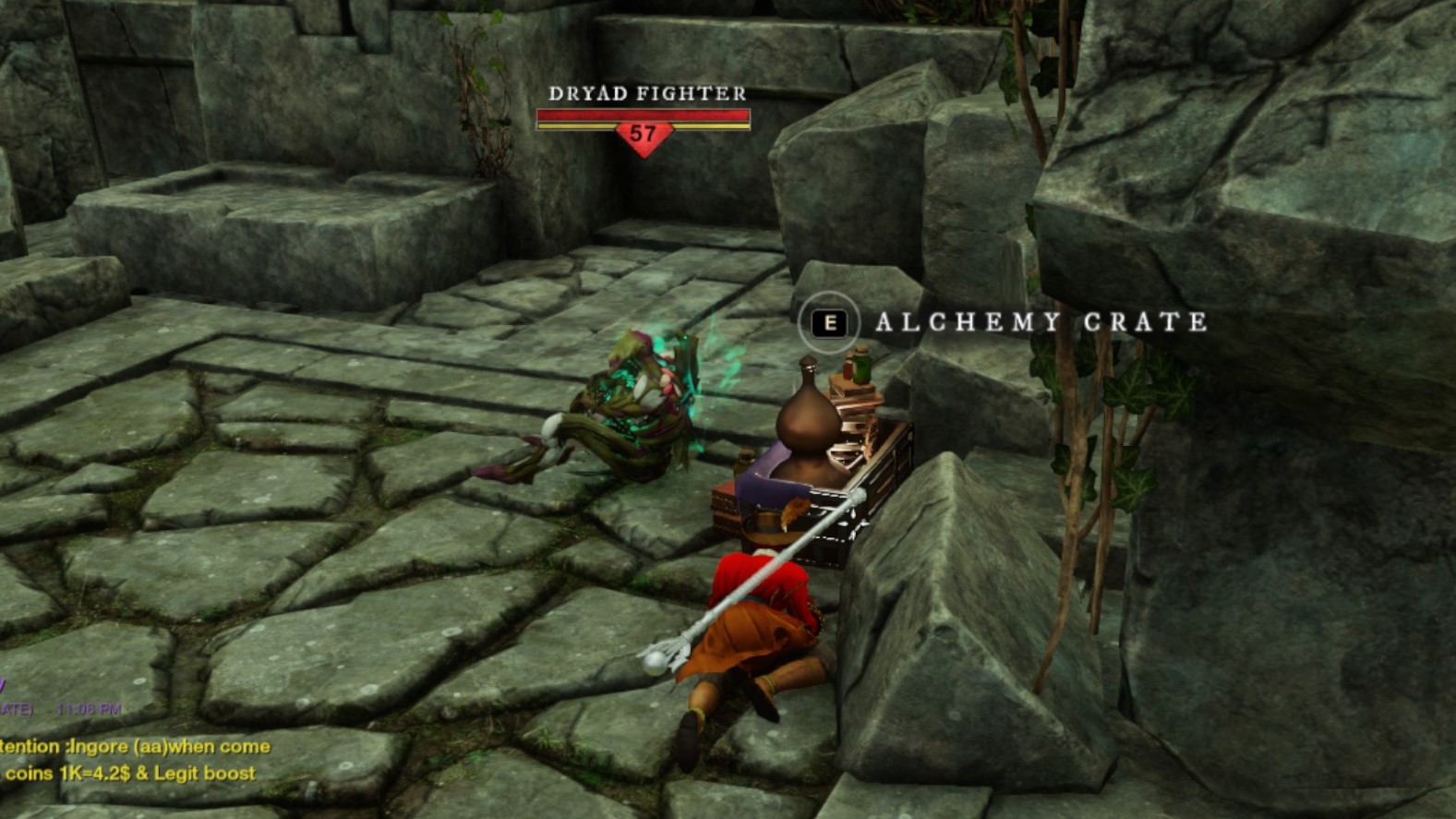 Use weapon coating when solo levelling

I did not learn about weapon coating until late into the game. But even at level 50, they are still powerful in helping with killing mobs solo.

They work by providing a percentage damage bonus to a certain type of mob.

For example, this is a tier 3 coating for Angry Earth mobs, that gives 11% more damage: 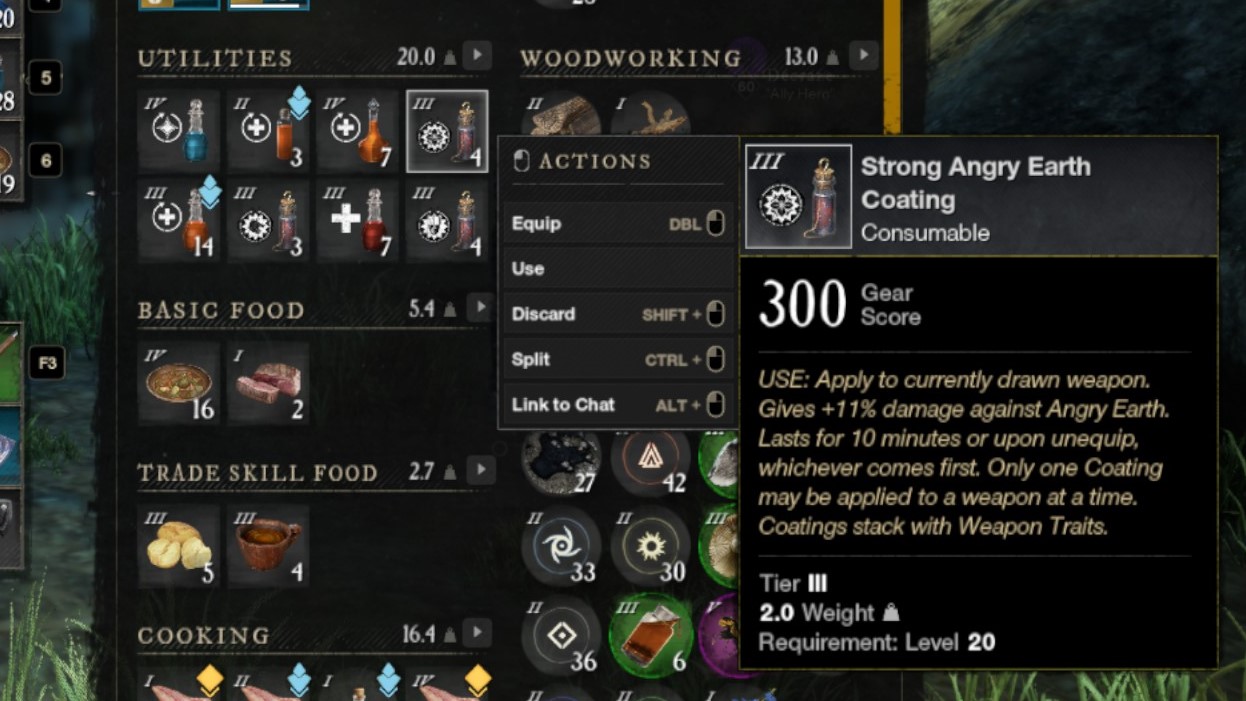 Do not underestimate the power of 11% more damage. If they can save you 1-2 hits out of 10 hits, then it is a 10% efficiency gain for you, plus less likely to die in prolonged fights.

If you are not sure which type of coating to get for a certain mob, you can find the mob information under Areas at https://www.newworld-map.com/#/. 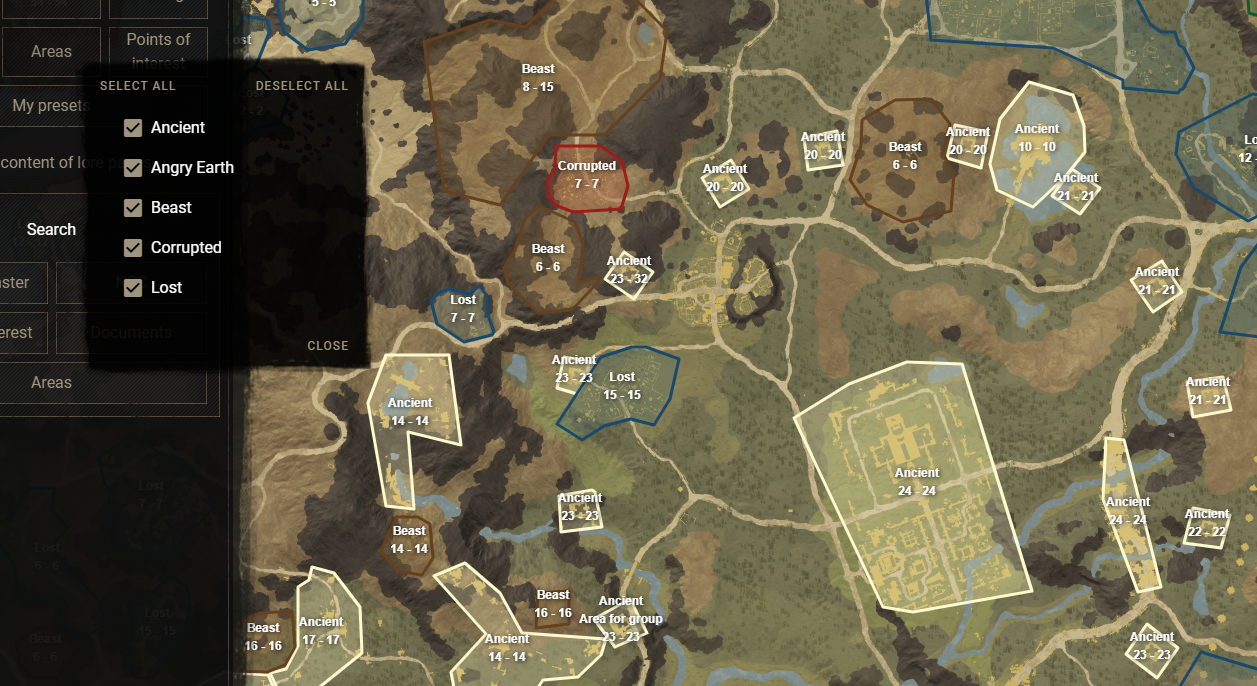 This is by fast the easiest way to know what type of mob you are dealing with.

As a side note, these things will disappear when you switch weapon or cast certain spells. I am not sure if latter is a bug or an intended mechanism, but you do need to check them once in a while.

Last but not least, take it slow and just enjoy the game.

As a famous game streamer once said, “The only wrong way to play the game is to not enjoy it.”

Personally I find the game really pretty and I even started taking landscape photos in the game: You can hit Alt+H to hide UI, and turn off FPS in the visuals settings, for best photo taking outcome!

These are my tips for Solo Levelling in New World. Have fun playing and enjoying this awesome new MMO.

If you have suggestions, please leave comments below. Also check out my other new world tutorials and guides.