So you’ve been an Android user for several years and Touchpal keyboard seems to the best Android keyboard out there, with its killer feature – swiping down to input symbols. You can’t live without that feature, but you really hate the annoying ads in Touchpad that was recently introduced. Luckily, I’ve found the near perfect Touchpal keyboard alternative for you – Multiling O Keyboard. END_OF_DOCUMENT_TOKEN_TO_BE_REPLACED

I was doing a school project on Android Wearable for the past few days. A strange bug happened.

Aftering debugging and getting nowhere, I decided to get help from stackoverflow. I found an answer that was relevant:

The answer suggests adding a time field into the DataMap  so that the data is really changed every time. I did not think that was the cause of the problem, because I followed the online tutorial and had a count value in my DataMap, which increments every time. This should have caused the data to change every time.

However, after I added the time field into the DataMap, the bug disappeared. So it was true that my old implementation was not causing any changes. The count value did not work. After thinking through the process again, I figured out why.

The count did increase after each call, from 0 to 1, 2, 3, … However, those values are stored in the DataMap within the wearable device, not on the phone. So it was possible that wearable device already has a DataMap in which there is a data with count 0, although my phone app does not have the DataMap yet. When I send a new DataMap with count 0 from phone to the wearable, that DataMap is already present on the wearable, and hence no change will be detected and onDataChanged will not be triggered.

For time, since the current time is unique and always increasing, there would not be a case where the time in DataMap on the phone already exists on the wearable, hence always triggering onDataChanged.

Link to the app in Play Store: https://play.google.com/store/apps/details?id=thack.ac.whatsoever

It all started out as an experiment on new views in Android L developer preview(now known as Android Lollipop). Sometime at late September, I was researching on how to Card-like views in Android and found out that CardView is part of the new Widgets introduced in Android L, together with RecyclerView.

When trying out RecyclerView(which is a replacement for old ListView), I thought of this idea to develop a Android app as a search engine for social media sites. I liked the Facebook style where each post is wrapped inside a card, so I want to build a interface where there is a RecyclerView, inside RecyclerView there would be a list of statuses/posts, each wrapped in a CardView.

For the social media site integration, I started with Twitter, and the integration with Twitter API was quite straight-forward thanks to a library called twitter4j. Everything is well-formatted and follows Java conventions and I did not have to do to much to populate the data into my CardView and RecyclerView.

Then I went on to try integrate Facebook, however, unfortunately, it appears that Facebook Graph API does not allow searching of posts/statuses. Hence, I had to give up on Facebook and try other social media sites.

The next one was Google+, there is a Google+ API client for Android, however, it requires logging in. I did not want that since I want to user to be able to search without having the trouble to log in. So in the end I used the Google APIs and parsed the json “half manually”. That is to take advantage of the pre-defined Google+ classes on Google+ provided in the Google+ API Java client, such as com.google.api.services.plus.model.Activity . This was pretty cool as all I had to do was to use response.parseAs(ActivityFeed.class).

Then I decided that Instagram should be also integrated. Instagram has a pretty well-documented API although it is a relatively new platform, however, there are no native or 3rd party libraries for Java or Android so I have to manually parse the json response. This involves some error handling but was still manageable. A good practice would be to create a Class and use response.parseAs, but I was a bit lazy and decided to just use some local variables.

At that point of time, CardView and RecyclerView were not well-documented, in fact there were no official documentations (now they are documented). So I have to work with limited resources and try to figure out how to use them by myself, it was a painful but exciting experience for me. Of course I put in a lot of time in designing the UI and improving the UX. I also got quite a few suggestions from my friends I tried to do modifications to improve the app.

So here it is, the Android App is in Google Play Store, please do give it a try! 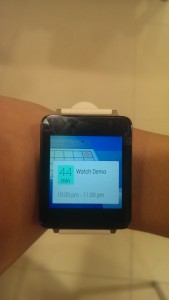 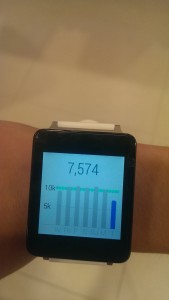 Link to the Android app in Play Store: https://play.google.com/store/apps/details?id=thack.ac.cardsafe (still waiting for listing as of now)

This project started off with the idea that I can take advantage of the NFC functionality in Android to read data from NUS Matric Card and develop some app to facilitate processes like registration and collection in various events.

Unfortunately, I realized that the matric number sector in the card is key-protected I believe the staff would not let me have the read/write access to the data inside. So that means I can only get my hands on the ID of the card, which is given by the manufacturer, public and most importantly unique(although there may exist techniques to duplicate the cards with the same ID illegally).

I was thinking about the card’s unique ID and necessity for NUS students. Then I suddenly got this idea, why not save some information and use the card as a key to access it. I thought this would be quite useful and relatively easy to implement, so I started working on a prototype. Setting up database and the single activity with a single layout file was quite easy for me, especially just after I have worked on a bigger Android project. The only thing that is troublesome is the different tags in different cards and their different ways to access the card. I have tried ezlink cards and DBS Debit Card, however, I was not able to get something like a unique ID from either of them. In the end, I only managed to get the NUS matric card working.

After a few hours of coding and designing, the version 1.0 with basic functionalities like setting up new “safe”, retrieving content of the safe and modifying existing safe was finished and uploaded to Google Play Store around 3am. Hope it gets good feedback and proves to be a fun and useful app for people(mostly for NUS students now).