Cyberpunk 2077 crafting can be overlooked when it comes to making money. However, I found a relatively quick and easy way to make money (eddies) in Cyberpunk 2077 using crafting.

It involves crafting a specific item called Armadillo. No cheats, no exploits, just the interactions of a few game mechanics.

You probably came across or used Armadillo in Cyberpunk 2077, it is a clothing mod that increases your armor.

Here is the YouTube video on where to find it:

It has a few specific properties that makes it good candidate for making money off crafting.

Its stats scales with your level, meaning the higher your level is, the higher its armor stats will be when you craft it.

Its price also scales with its armor and its rarity. At level 43, the epic (purple) ones that I crafted has a armor stats of 206 and a selling price of 351. 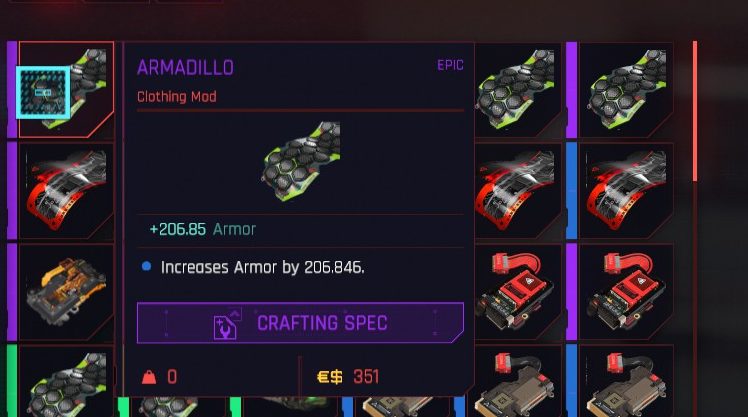 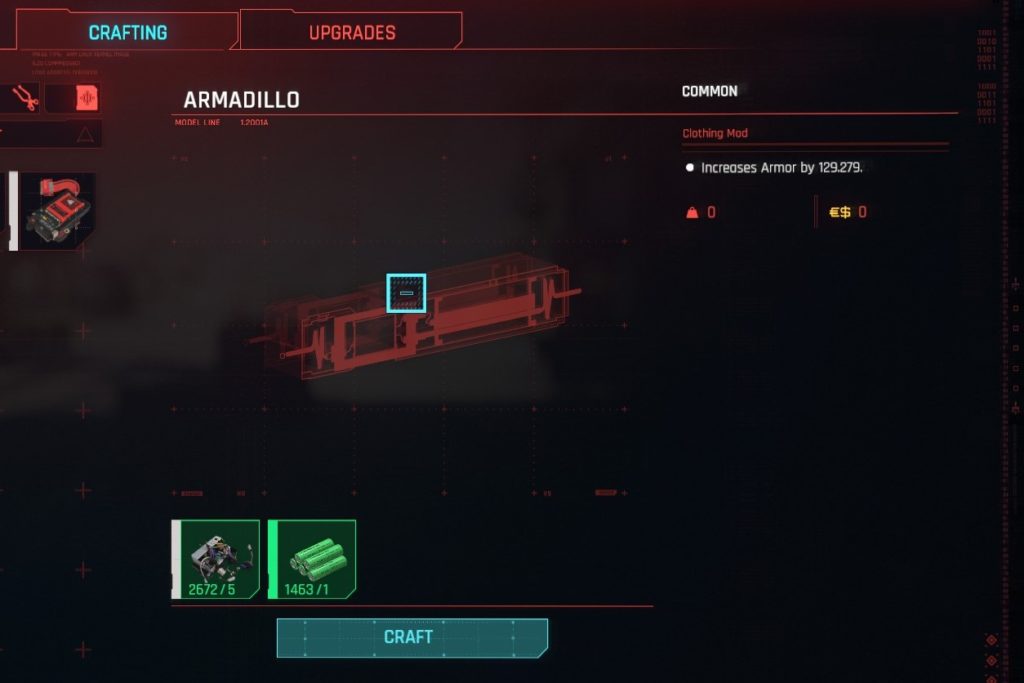 In order for the trick to work, you also need to understand the crafting mechanics of this particular mod.

The crafting spec you obtained for Armadillo is common (white). However, instead of getting a common (white) tier item, you will have a chance to get higher tier items instead.

Check the backpack after crafting a few to check to see how many different tiers you got. My character has level 20 technical capabilities and level 9 crafting and I am getting similar amounts of mods from each of epic, rare, uncommon and common tiers. 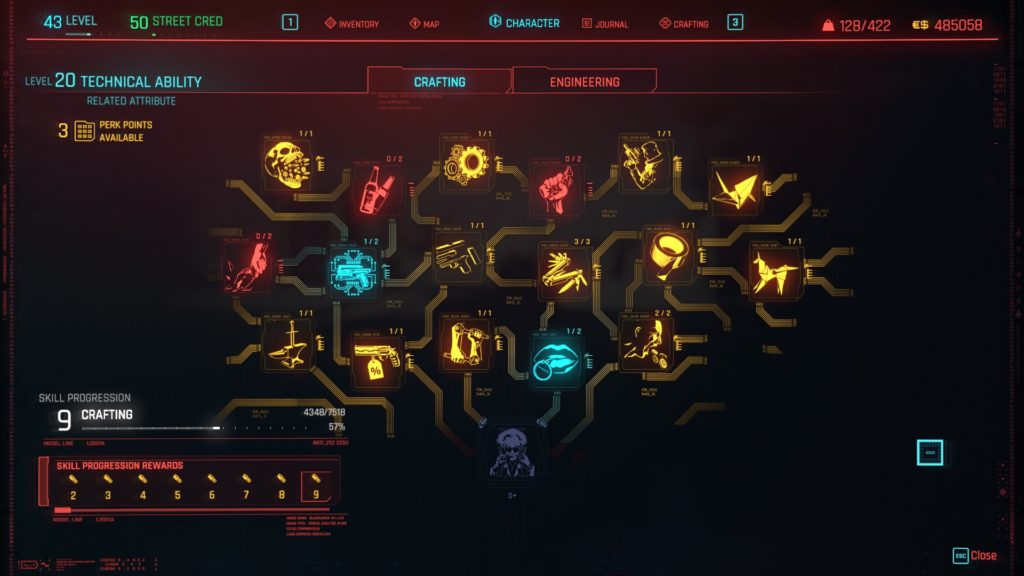 Also, there is a another mechanic that makes it even better, which is the disassembling mechanic.

As of now, disassembling an item gives a bunch components from different tiers that are equal to and lower than the tier of your item. This means disassembling a epic Armadillo mod gives your a bunch of epic, rare, uncommon and common components.

4. Putting it all together – Cyberpunk 2077 crafting Armadillo and money-making

So to put it all together: