Feeling slow or ineffient in mapping? Not progressing enough on maps? Here are some top tips on how to farm and progress maps betters in Path of Exile, updated for PoE 3.13 Ritual league:

Tip 1: Hold Alt and hover over the map to check status

You might already know this, but hey, some people might still be the dark. You can check if you have completed bonus objective of a particular map just by holding alt key and hovering the map item.

It is super useful to unlock bonus drop rates and complete the altas. This works even in Zana’s daily missions! 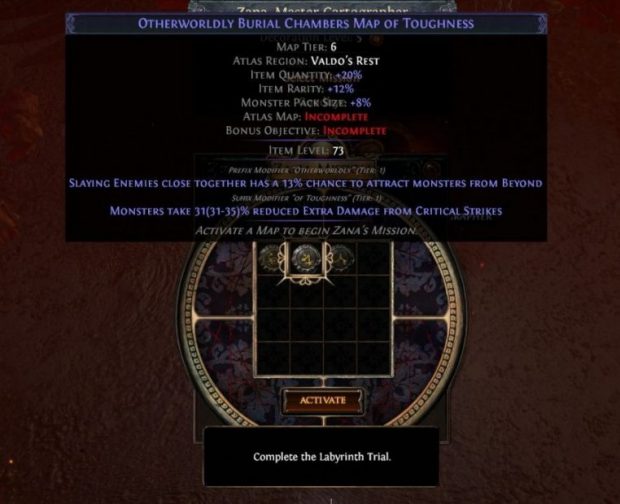 You can check if you have completed a particular map just by holding alt key and hovering the map item.

When just starting out, you might be tempted to farm the highest tier maps that you have. However, conter-intuitively, this might slow down your progress.

This is because the lesser maps you have completed, the lower the drop rate of +1 tier maps. You don’t want to run higher tier maps with low drop rates of +1 maps as this will block your atlas progression!

Hence it is better to farm lower level maps for a bit, complete the lower tier maps on the atlas to increase the drop rate of +1 tier maps first. When you have completely most of the lower tier maps (or become really bored), start running the higher tier maps so that you will have a higher chance of dropping +1 maps and progress your map tier further. 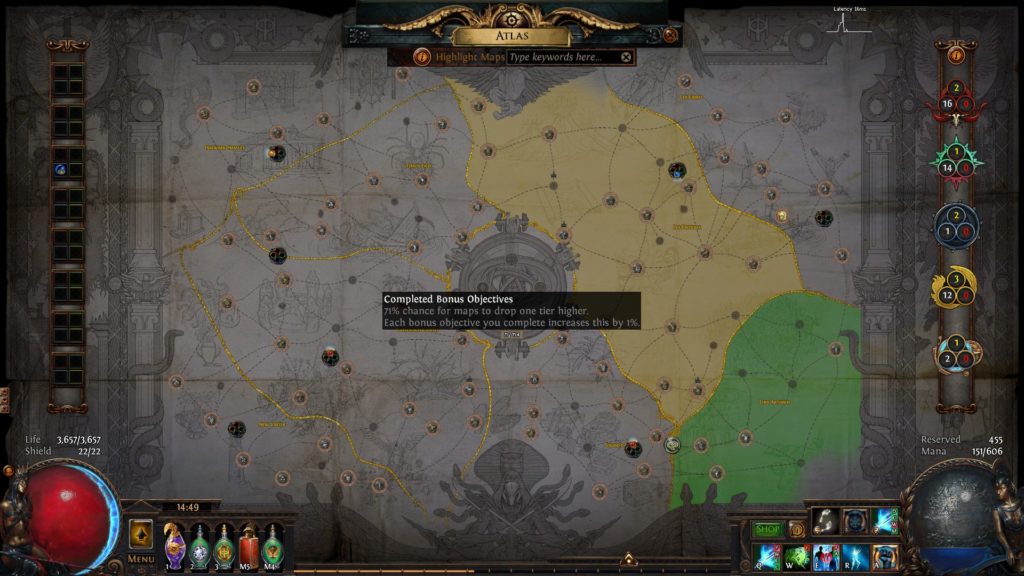 You can check the drop rate of +1 maps in the center of your altas.

Tip 3: Buy maps from Zana or other players

In case you didn’t know, you can buy maps directly from Zana (Click on Purchase Items). The maps available from Zana is related to your atlas progression. 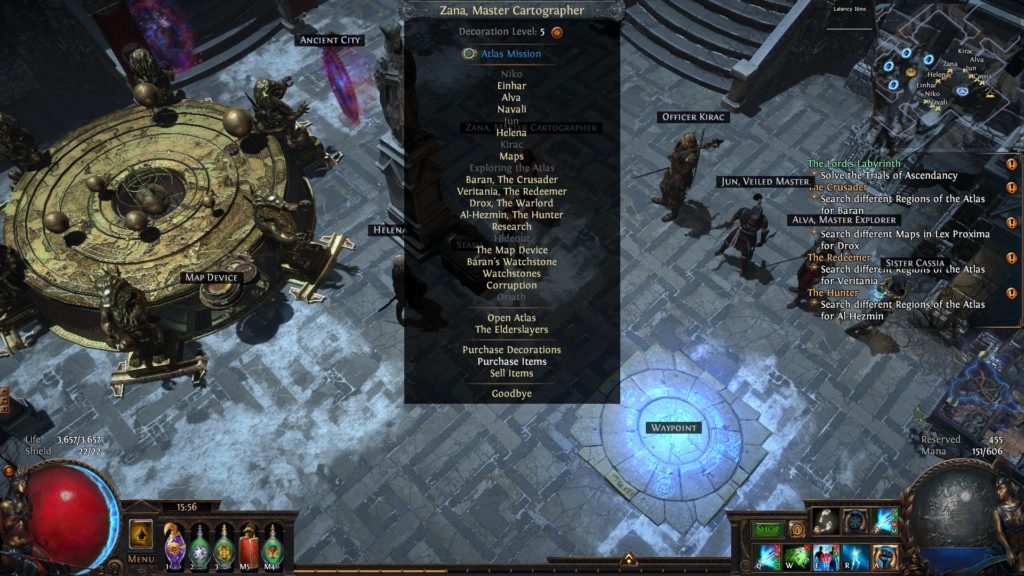 You can buy maps from Zana.

You can use the earlier tip of holding alt and hover over the maps in Zana’s inventory to buy maps that you have not completed yet. 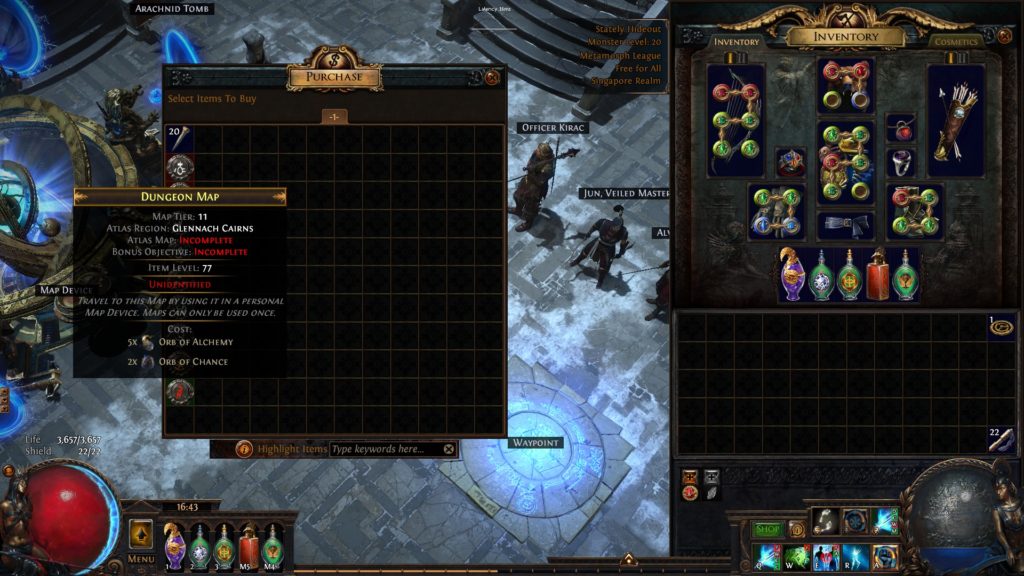 Check with Zana for uncompleted maps.

In the latest 3.13 ritual league, The Zana’s inventory refresh upon opening a map with Zana inside (Zana daily missions).

In previous leagues, it happens when you open Zana’s portals for normal quests (the ones that are tracked as quests on the right side of the screen) or daily missions (comment below if you know other ways).

If you are missing a few specific maps, you can also use PoE’s official trading system to buy maps from other players (unless you are playing in a solo league).

PoE Ninja has costs and links to Path of Exile’s official trading page for all the maps: https://poe.ninja/challenge/maps

Tip 4: Use alchemy orb and vaal orbs on maps

It is worth using Orb of Alchemy and Vaal Orb on maps (according to Twitch streamer cutedog_). Unless you get a reflected mod on a map, this will greatly enhance the output (loot and exp) from a map.

By vaaling a rare map, you can get: 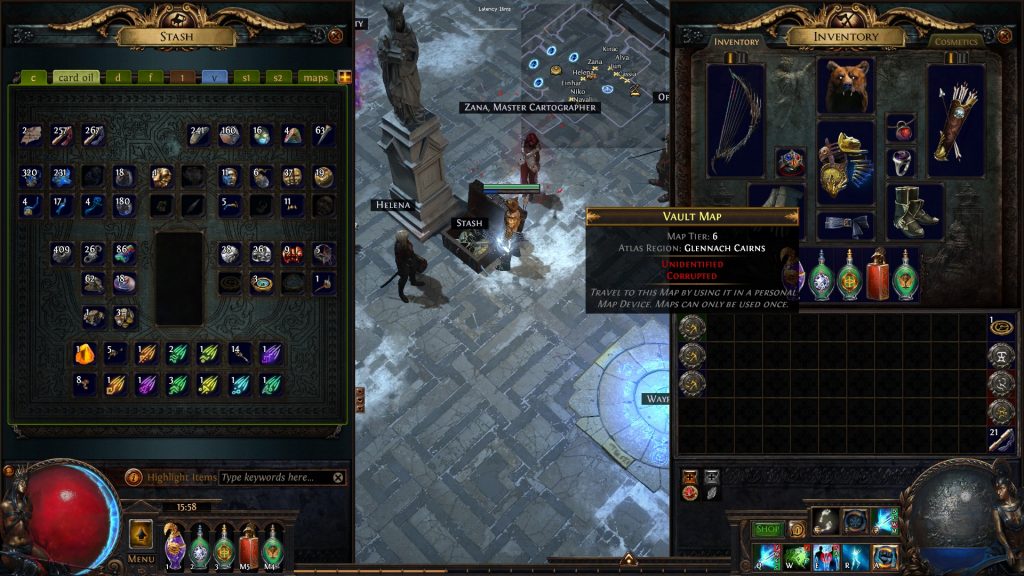 Corrupting a map can turn it into unidentified. But mods don’t change.

What if you get a reflected mod on a map? There are 3 ways to deal with it:

If you run out of Orb of Alchemy, you can always convert less valuable currencies such as Orb of Alteration into Orb of Alchemy from one of the vendors (such as Lani in Oriath). You can convert them even if they are sitting inside your stash! Refer to Vendor recipe system for more details.

If you have a lot of lower tier maps, consider selling them in exchange for higher tier maps.

By selling 3 of the same map, you will get a map that is one tier higher. This is a good way to get uncompleted maps as well.

Note that this 3-to-1 map recipe’s result is not deterministic. For example, if you have 6 identical tier 1 pen maps, they might give you 2 different tier 2 maps, depending which ones you choose to sell! Vendor 3 of the same map for a map that is one tier higher.

If you don’t mind spending a little bit more time, searching the chest is a great way to get goodies. 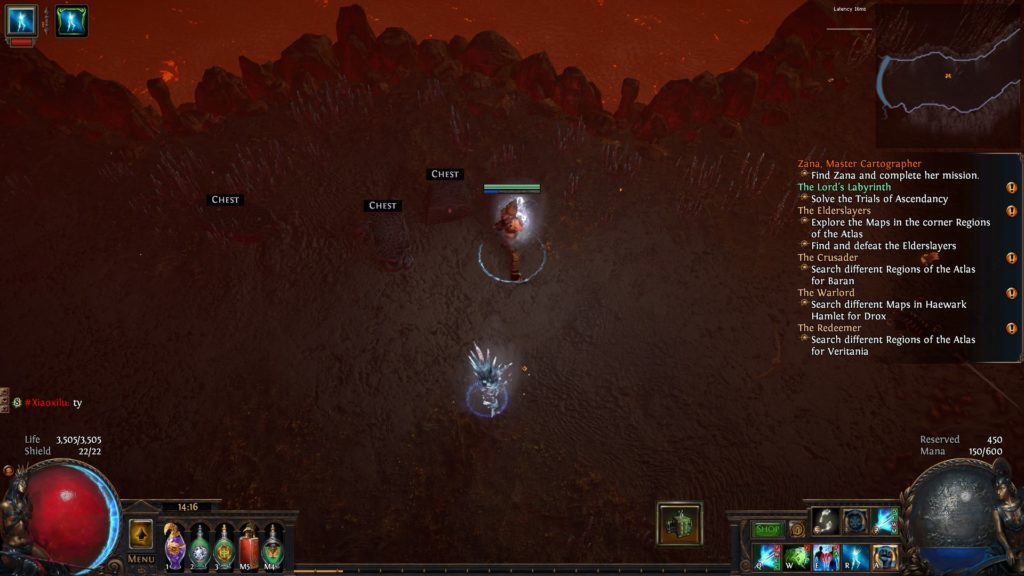 Do you have different opinions on one of the tips? Or perhaps you have some other tips? Comment below.