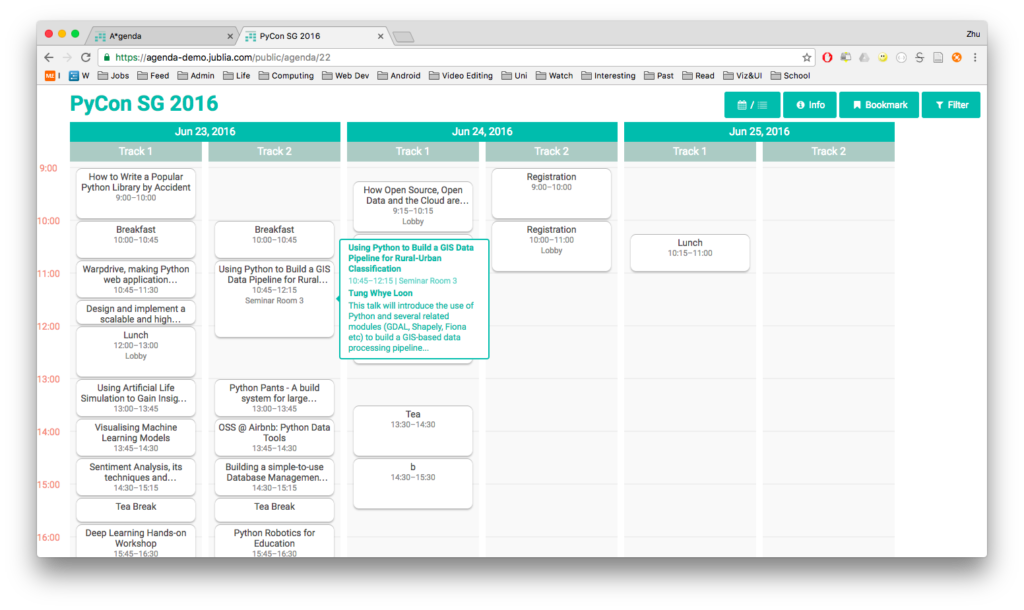 This was an unfortunate timing (October 2016) for our team since Angular 2 just came out of beta, and Angular 1 is going to be the “legacy” framework soon. As a team that has no experience with other frameworks like React.js or vue.js, we were stuck between Angular 1 and Angular 2, and the final decision was latter.

Why Use Angular 2 Over Angular 1?

Simply put, we believe Angular 2 represents the future (Thanks, Apple). It has better overall approach to the web application compared to Angular 1, with a component-based architecture and a set of useful toolsets:

Using RxJS, we can have Subject and Observable in the service and subscribe to them in our components individually, allowing each subscription to be managed independently inside various components while maintaining the ability to delete all the subscriptions within the service. When one change happens in a component, it can notify using the service to all the observers for that change and the components can handle the changes independently. This is one way to synchronize data across different components. From a software engineering perspective, this is a directly usage of the Observer pattern as a mechanism for change propagation within the MVC framework.

There is another way to synchronize data across components without component interactions. In Angular 2, the change detection happens implicitly, and you can no longer “listen” to changes. This means the template will change automatically once the data binded to it changes, even across different components. Hence, to avoid manipulating data unnecessarily, we can minimize component interactions and modify the underlying data model directly inside each component. In this way, all the template bindings and component-scoped data will update correctly since we pass our entire data model into each component by reference. From a software engineering perspective, this is similar to the (Shared) Repository Pattern.

A Mixed Strategy Depending on Nature of Data

In practice, we used the first approach of component interaction for handling more complex data structures that needs more careful handling. On the other hand, we used the second approach of modifying the underlying data model directly for simple data such as speakers and venues, which are easily modelled via 1-dimensional arrays.

Issues with Using Angular 2 at This Stage

Obviously there are drawbacks of using Angular 2 at this stage: